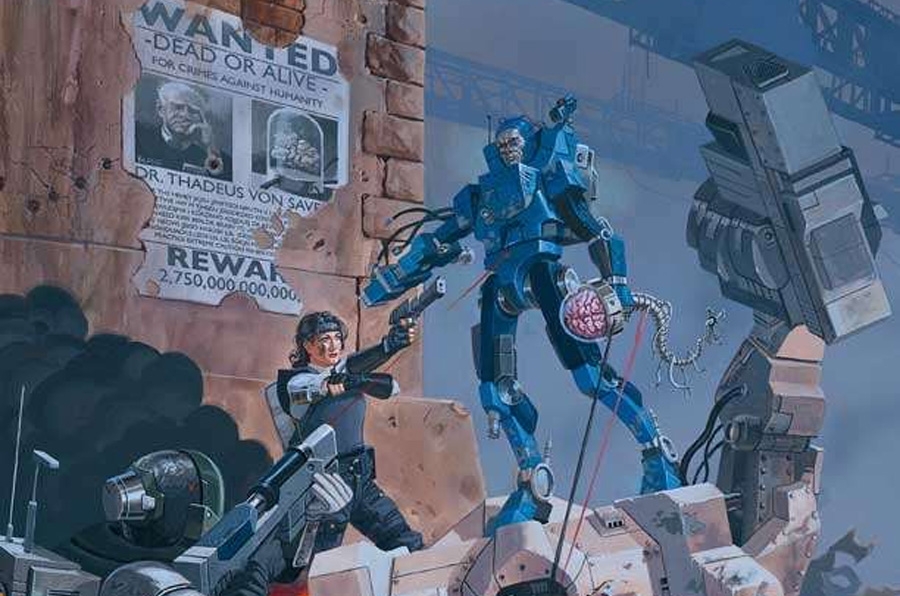 Steve and Zack return for part 2 of their Rifts: Merc Ops adventure! Zack’s handicapped mercenary, Dareel D’Oats, his neglectful nurse, Kitty, the giant Russian war robot RussMek 66, and unhinged mercenary tough guy Sykoslayer, have all traveled to the marketplace of Atlantis in search of the egg of an Ice Dragon. Their investigation has led them to a mysterious egg-collector known as The Egg Master who rules over a dimension known only as Eggland. Will they find the dragon’s egg? Will they return it to their client, General Smith, so that he can protect the lace egg of the ice lords? 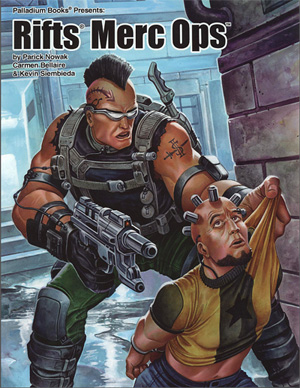 Steve: I’m still not sure about this character of yours. I feel like the robot voice is making fun of people who have to talk with those text-to-speech machines.

Zack: Dareel D’Oats is a hero. An adventurer. How often do characters with debilitating handicaps get to be heroic adventurers?

Steve: He murdered a bunch of bikers for no reason in the last adventure.

Steve: Alright, fine, you and your giant robot and your little group are gearing up for your journey to Eggland.

Zack: Specifically, we are getting egg disguises.

Steve: This is not one of those things where they have costumes of eggs hanging on racks. Especially ones that fit a 30 foot murder robot.

Zack: It said one size fits ALL, Steve. The eggs said it fit ALL.

Steve: Everyone can get egg costumes except for RussMekk66.

Zack: Alright, what about affixing bunny ears to his robot head and painting him white? 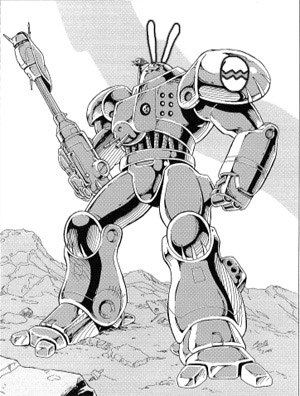 Zack: Oh, now we are on some bullshit here. You are telling me in all the unlimited galaxies of Rifts, all those realities colliding, not one of those is the Easter Bunny realm?

Steve: There may be something called the Easter Bunny realm, but what you think of as an Easter Bunny is nothing like the cold-blooded, flesh-eating inhabitants of that lightless world.

Zack: Deep in the furnace of the earth, the Easter Bunnies make their hive. They see your body’s heat and they smell your fear

Steve: Alright, you can hire some skull-headed goblin creatures to build ears onto RussMekk66 and paint him white.

Steve: It takes about six hours.

Zack: I am going to get an alien hoagie and have Kitty feed it to me while I watch them work.

Zack: Then she’s straight up baby birding me with that hoagie because I can barely move my jaw to chew.

Steve: She is spitting the food into your mouth?

Zack: Well, normally, no, but on the road like this we have to do what we can.

Steve: Sykoslayer looks away in disgust.

Zack: Chewed up space hoagie falling on my shirt.

Steve: The skull goblins finish the paint job and ears early, but just because they are so disgusted by the sight of you being puked on by Kitty that they want to leave.

Zack: Do we know how to get to the Eggland rift?

Steve: There is a rift in the Eggtown district of Atlantis.

Zack: Where the eggs live?

Zack: Much like how when you go into Chinatown it’s mostly humanlike creatures and some weird aliens and only a few of the egg creatures.

Zack: But how can it be racist when I myself am an egg? 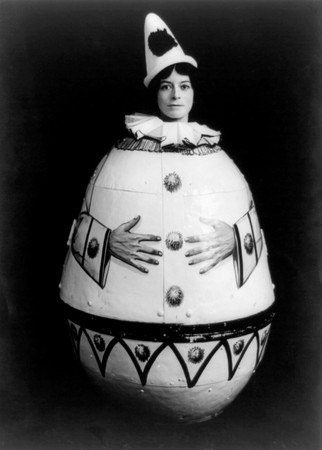 Steve: You and your giant Easter Bunny robot stomp through the crowded streets of Eggtown. There are all manner of shops and stands selling various Eggland goods.

Steve: No, the other kind of nog.

Steve: The rift to Eggland is located in an abandoned egg carton warehouse. But it’s guarded by the infamous Egg Gang.

Zack: Rolling right up to them with my posse.

Steve: “Wot ave we here?” Says the leader of the gang in an Egglish accent. “An elf and some humans think they can stomp into our warehouse just cuz they a’ve a giant robot?” 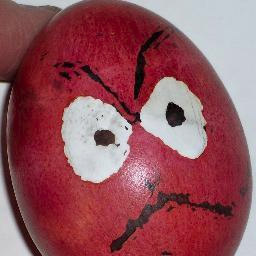 Zack: Gentlemen. There. Is. No. Need. For. Fighting.

Steve: Sykoslayer and Kitty and the Egg Gang guys sort of look around and the leader is like, “Bruv, nobody is fightin’ we’re just sayin’ piss off our turf.”

Steve: “Or what?” Growls the gang leader.

Zack: Popping open the covers on 66’s micro-missile launchers so they can see all the missiles painted like Easter eggs.

Steve: The Egg Gang runs for cover. Most of them flee, but a few diehards begin firing.

Zack: We’ll see how hard they really die. 66 is opening up with everything.

Steve: Missiles and lasers and plasma balls rakes the front of the abandoned warehouse. Men are pulped into red goo, torsos are exploded, limbs go flying, and exploding micro-missiles crater the walls of the warehouse. 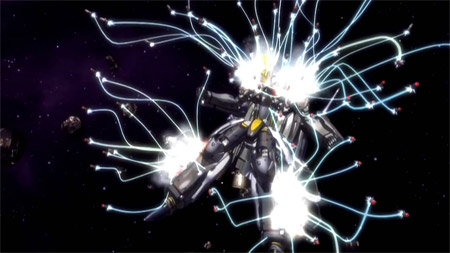 Zack: Waiting for the egg timer to ding before offering my take on the classic Daniel Plainview line to end There Will Be Blood.

Steve: You hear the moans of the dying. Sykoslayer is puking through his hockey mask.

Zack: Rolling past the smoldering bodies and heading into that rift.

Steve: The world spins around you and turns upside down as you enter the rift. You are in a world where eggs are no longer second-class citizens. They run the show. And the biggest egg of all is The Egg Master.

Steve: You exit the rift and find yourself on a broad boulevard. Eggspress trains whizz by on monorail tracks, eggcars hover down the streets, and men, women, children, and eggs mingle on the walkways.

Zack: Going to roll up to the nearest egg who looks like he is in the know.

Steve: Eggs are very wise by nature, so you spot the nearest uniformed eggsficer and approach him. He is wearing large glasses and a blue hat. He seems to be directing traffic with a glowing baton.

Steve: “Right up there, mate,” says the egg. He points up the street to a huge, egg-topped office tower. “Please wait here, visitor. I will call a car to take you.”

Steve: “Mate, I insist. You’re askin’ around about the Egg Master. Can’t just have you going off all willy-nilly now, can I?”

Steve: He grabs your shoulder.

Zack: I’m going to have 66 pick the egg cop up and throw him several stories up at the nearest building. 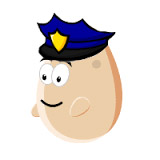 Steve: 66 grabs the eggsficer and chucks him at a nearby apartment building. Eggs, men, women, and children scream as the egg cop explodes across the wall and showers the crowd below with yolk and bits of shell.

Zack: Not going to stand around with my dick out. Time to find the Egg Master and demand that dragon egg. Going to go to the top of the tower.

Steve: The entrance to the tower seems extremely well-guarded.

Zack: Oh, we’re not going in the tower to get to the top.

Steve: I am assuming Kitty and Dareel have some sort of sockets on 66’s back for him to easily carry you. Sykoslayer has to cling on for dear life while 66 climbs up the tower.

Zack: That’s what he gets for being the annoying fourth wheel.

Steve: Is being a fourth wheel one of those expressions like breaking eggs to get an egg?

Zack: Yes, one of those classic expressions we all know and love. 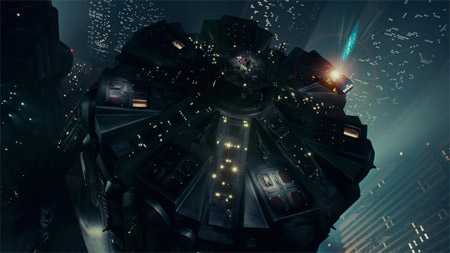 Steve: 66 scales the outside of the building, smashing through windows and rending steel as he climbs up the fifty-plus stories to the top.

Steve: You arrive at windows that look into a massive office.

Zack: Smash our way in.

Steve: “I knew you would come,” says Egg Master, sitting atop his egg throne.

Steve: He is an egg master.

Steve: Sort of a giant, humanoid chicken. A long lost race of powerful entities from another dimension.

Steve: “My kind controls the inter-dimensional flow of all eggs. Without us it would be chaos.”

Steve: “It is the last of it’s kind. I will never hand it over to those who would destroy it.”

Steve: “Not him,” says Egg Master, pointing to Sykoslayer. 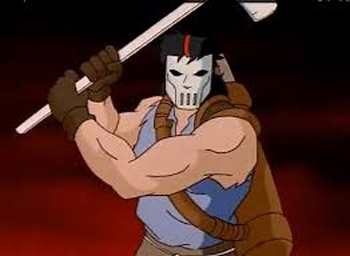 Steve: He injects all his juice and does a somersault flip off the back of 66. With a badass double katana sort of move he slices the head off the Egg Master.

Steve: 66 tries to grab Sykoslayer, but Sykoslayer is in a full juice frenzy. He rolls and dodges and zips across Egg Master’s office to a safe which stands ajar. He grabs a huge blue egg glistening with frost.

Steve: “My job is to destroy the egg, not save it. And you brought me right to it.”

Steve: He attaches a bomb and a detonator to the egg. “The Ice Lords will die with this egg!”

Steve: You are going to hit the egg?

Zack: Dude I am in a wheel chair talking by blowing into a tube. I have a giant war robot as my one tool. He’s not going to pull off some ninja move.

Zack: Besides, I don’t really care about this egg. Sykoslayer was forced on me anyway.

Steve: Alright. 66 unleashes missiles and plasma balls and laser cannons in a deadly volley. It was the one thing Sykoslayer wasn’t expecting. He explodes, along with the egg, showering the office in guts and ancient dragon parts.

Steve: You manage to escape from the smoldering remains of Egg Master’s office by flying out the window. You get back to the rift and transit through Atlantis to earth.

Steve: You’re just going to walk up to General Smith and demand the rest of your payment?

Zack: No. I want to hire the skull goblins in Atlantis first to mock up a fake egg for us. We’ll give them video captures from 66’s optics of the egg so they can duplicate it. Then I want that filled with explosives in case General Smith tries to double cross us.

Zack: I’m eating a hoagie to speed things up again.

Steve: The goblins are once again so grossed out by Kitty spitting food all over you that they rush the job. Before you know it you have a reasonable copy of the egg filled with a plasma bomb that will do 500 mega damage.

Zack: Good. We’re going back to the Iron Bar with our egg. 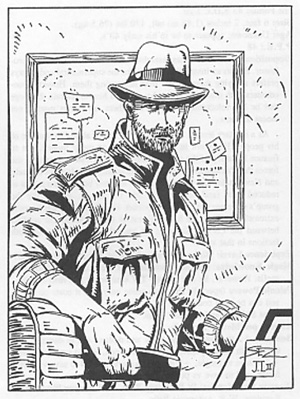 Steve: General Smith is waiting inside. “Is that it? What happened to Sykoslayer?”

Steve: He seems to think about it, shrugs, and hands over the money.

Zack: Leaving the bar immediately and as soon as we are outside I am detonating the egg.

Steve: What? He paid up!

Zack: Yeahhhhh but I don’t like the way he tricked us. I feel used.

Zack: Besides, Chekov’s plasma bomb in an egg and all that. We have the red button, I have to push it. By blowing into a straw.

Steve: A massive plasma explosion wipes out the Iron Bar, which was still renovating from all the damage 66 did to it a couple days ago. 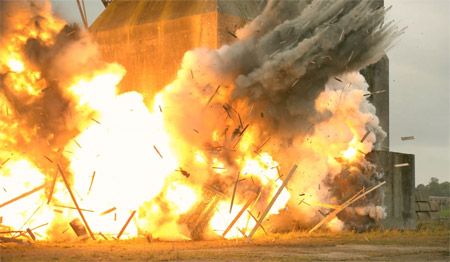 Zack: Heading to the trans-dimensional omelet bar so Kitty can spit eggs into my mouth.

Steve: I am pretty sure this is the stupidest adventure I’ve ever run and that Dareel is the most evil character you have ever played.

Zack: I only take blame for one and a half of those things.

Steve: Thanks for supporting WTF, D&D on Patreon! We really appreciate all donations!

Zack: If you have a couple bucks extra, please help keep our stupid adventures alive.