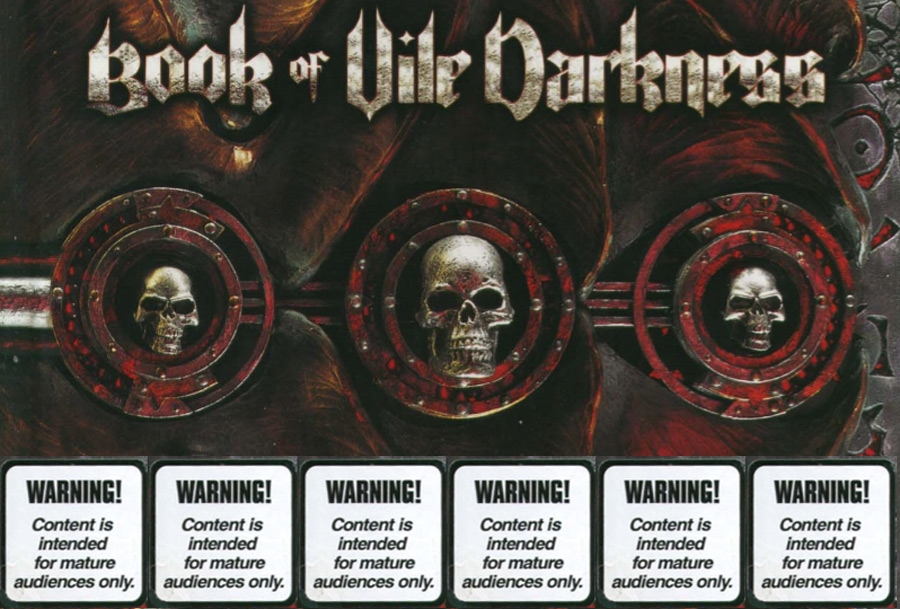 Are you ready to get extremely MATURE? The Book of Vile Darkness is the mascara-smeared goth face of Dungeons & Dragons. This is Glenn Danzig and his shelf of werewolf books and erotic comics. Released just in time for Halloween, 2002, the book seemed to embrace all of the criticisms leveled against past editions of Dungeons & Dragons by outsiders condemning role playing games It reveled in gruesome rituals, human sacrifice, and sadism. This was the D&D of Jack Chick comics in full color and with creepy illustrations. You were not just encouraged to play evil characters by the Book of Vile Darkness, you were encouraged (after multiple warnings about mature content) to embrace occult evil. The book was controversial, extremely well produced, weird, silly, stupid, and a little bit genuinely creepy. It was easily the most memorable book of 3rd Edition D&D. 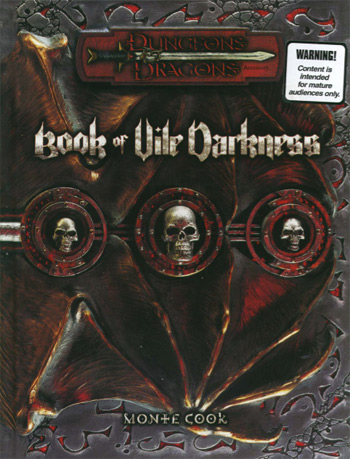 Steve: I want to start out right out of the gate with: this book rules.

Steve: So if you came here expecting a FATAL-style takedown on The Book of Vile Darkness you came to the wrong gringo.

Zack: I am the gringo you want to see about that.

Zack: This thing is plastered with all the MATURE stickers of an Exalted book and includes things like how to make your character a rapist or a horse fucker.

Steve: It doesn’t say either of those things explicitly, it just describes those as psychotic behavior.

Zack: Well, anyway, this book gets credit for being a foray into mature themes, I guess, but it wasn’t until the last few years that any RPG games were really dealing with that sort of thing in a mature way.

Steve: What the heck does that mean?

Zack: It means that if you were an awesome DM and talked things out very clearly with your group, there might be some dark night of the soul journey you could do with these rules, but most of this stuff is standard D&D powers and rules with a veneer of gruesome horror.

Steve: You say that like it’s a bad thing.

Zack: It’s a neutral thing put in the hands of many teenagers and immature twenty-somethings who probably ran really, really fucking miserable gross campaigns of D&D after this book came out.

Steve: I assure you the campaign I ran based on the Book of Vile Darkness was very mature.

Zack: Careful, Steve, I may put that to the test in the future.

Steve: Be still my black heart of psychotic nightmares.

Zack: As long as it isn’t the horse fucking nightmares.

Steve: Just in case you forgot. This book is MATURE.

Zack: You can tell because there are tits at the start of every chapter.

Zack: There is no such thing as evil tits, only those who might wield the tits for evil.

Steve: How do you wield a boob for evil?

Steve: Yep, OK, that checks out. 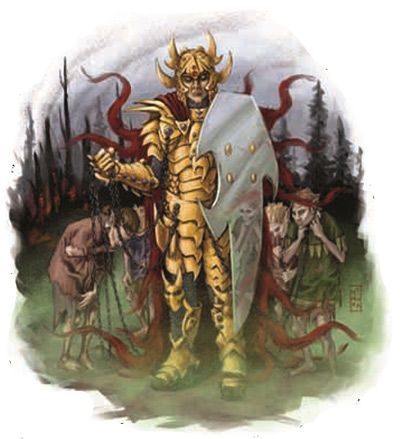 Steve: This is very dark.

Zack: Yes this will definitely get you put on a list.

Zack: I guess having a bunch of kids on leashes is a pretty solid villain strategy.

Zack: Sort of a Saddam Hussein Gulf War method for protecting yourself from fireballs.

Steve: Which didn’t really work out for Saddam too well.

Zack: He underestimated America’s willingness to bomb through the leashed kids.

Steve: Our precision bombs can go directly through a child’s legs.

Zack: Yeah, OK, now you’re on that list too Steve. 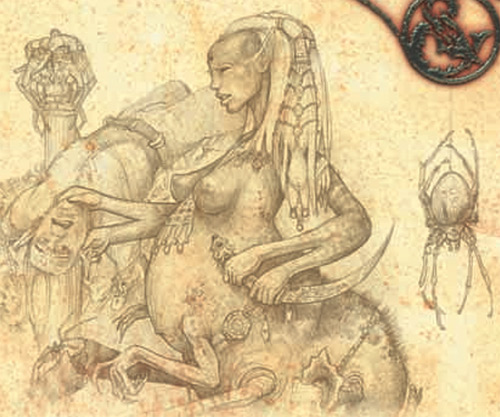 Steve: She could sacrifice me to darkness any day of the week.

Zack: She is thicc as hell. 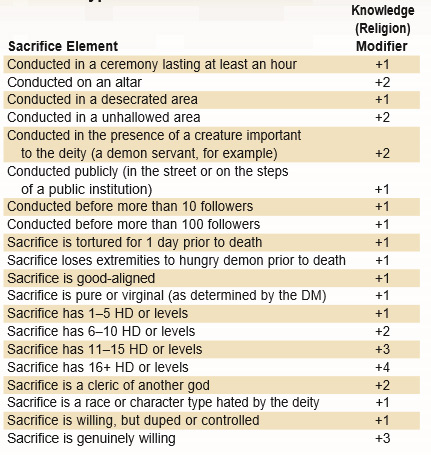 Zack: This is the face of evil for most of the Book of Vile Darkness.

Zack: Lots of charts telling you what plus or minus doing an evil thing will have for your character.

Steve: You’re always making fun of charts in RPGs but this is how they work, dude!

Zack: Yes, now I know if I have a demon alligator bite off a virgin’s balls it will add a +3 to my knowledge roll.

Steve: Exactly! You gotta quantify those actions so they have an in-game effect.

Zack: Like in FATAL with the butthole diameter stat.

Steve: So is Mortal Kombat and that game is a wholesome classic.

Zack: How many points get added to my knowledge roll if I eat a person and barf out their 20 femurs? 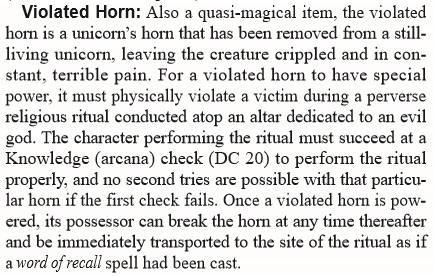 Zack: Hmmmmmmmmmmm this item sounds like something from FATAL…

Zack: This is exactly the sort of thing FATAL would include: “it must physically violate a victim during a perverse religious ritual.”

Steve: EW. Okay, yeah, that’s pretty gross. But it’s also the sort of grossness that I could imagine in like Game of Thrones or something.

Zack: I wish I could, Steve, but it’s right there in the rules.

Zack: To get this bad boy firing on all cylinders I’m gonna have to poke it in a bung hole.

Steve: Technically it doesn’t say it has to be the butt.

Zack: Good point! You’re thinking now, Steve. I will use the unicorn horn to physically violate the victim’s urethra.

Steve: Wherever this train is stopping, I want off. 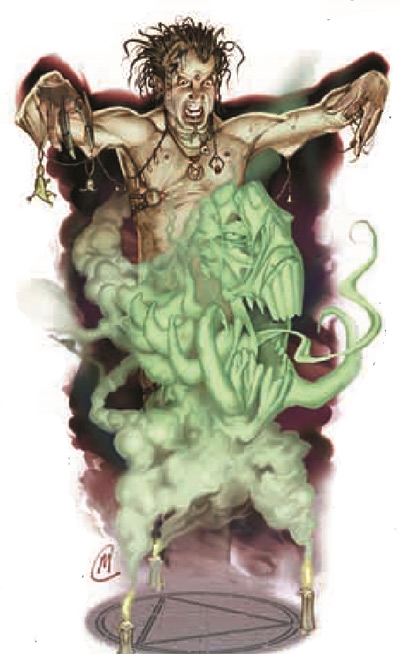 Zack: I am 100% sure that Slimer loves weiners.

Zack: Yes, he has that “Korn band member who just got 2 twiztid by watching the towers come down on 9/11” look.

Steve: If anybody is going to summon a gnarly Slimer it would be PTSD Korn members.

Steve: Yeah, that sounds right, and this dude is like bobbing and weaving looking at a floating bullet.

Zack: “Something takes a part of me!” – Unicorn referring to his horn.

Steve: This is very insensitive to the beatbox man’s trauma.

Zack: That trauma got somebody a +1 on their knowledge roll. 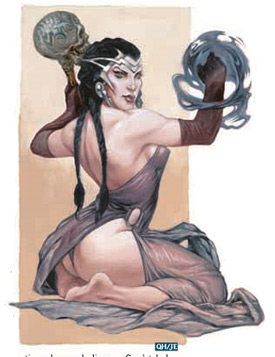 Steve: Now this is some evil I can get into.

Zack: See, it’s not all leatherface.

Steve: I am definitely familiar with the concept of evil butts.

Steve: But this lady’s butt is good as heck.

Zack: Is that something you have actually eaten?

Steve: It was more like it ate me from the inside but yes. 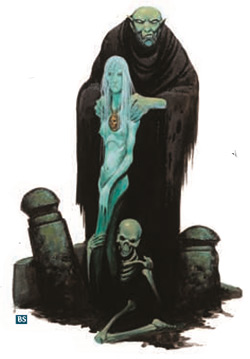 Zack: You’re right, the family structure has opened up in unexpected ways.

Zack: Who’s to say a vampire and a wraith can’t raise a skeleton?

Zack: No way, they love skeletons. This is like their dream family.

Zack: We must secure the existence of the undead and a future for skeleton children

Steve: I can’t even joke about Nazis anymore, dude.

Steve: I am just barely getting by and living my life waiting for Wolfenstein so I can kill every Nazi I see. 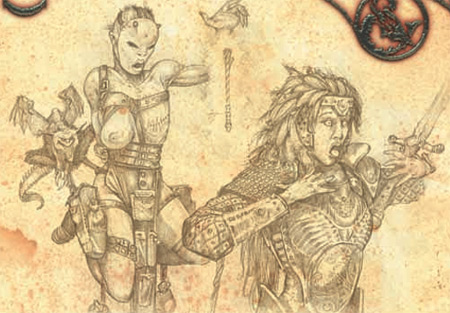 Steve: I feel like I might be either not mature enough or too mature for this book.

Steve: I came into this loving the Book of Vile Darkness, but staring at picture after picture of violence and boobs is like, I don’t know, creating some sort of chasm of unhappiness in my mind.

Zack: The chasm of unhappiness sounds like a similar but different version of the uncanny valley.

Steve: Yeah, things I like, such as hot racks and horror carnage, combine to make me very unhappy.

Steve: This is some Lamentations of the Flame Princess type stuff, dude.

Zack: Now that was some mature roleplaying! Put on your Flame Princess retardant pants, then, because we’ve still got a ways to go! 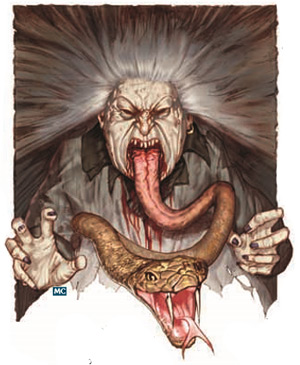 Steve: This is why little kids are afraid of the elderly.

Zack: If the old mouth snake were a real thing there would be ads for baby mice on Fox News.

Steve: Not enough margin in the baby mice.

Zack: Oh, those Fox News ads found enough margin in reselling catheters to people. They could definitely come up with some medical baby mice for the blood-hungry elderly.

Steve: They can ride their chair lift up to their upright bathtub full of live baby mice.

Steve: I don’t think that works. 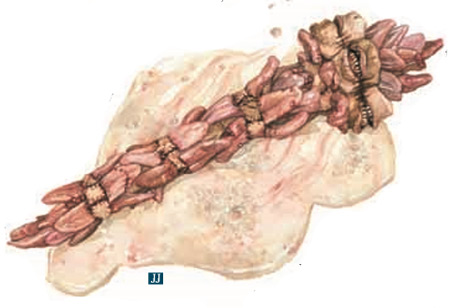 Zack: It’s a staff made out of human tongues.

Steve: Whoever wields it can polymorph people into horrible flesh nightmares.

Zack: It’s called the “Despoiler of Flesh” and that is a missed opportunity not working Cronenberg into the name of it.

Steve: As cool as it is, there is no way I would ever pick it up.

Zack: Tongs, my man. Tongs for the tongues.

Steve: Not even tongs. Maybe one of those bomb defusing robots with the arms. 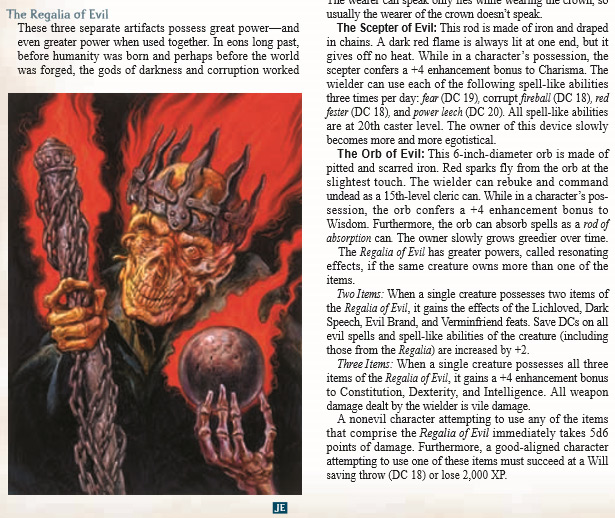 Zack: Orb, crown, and scepter, but no mention of girdle.

Steve: What’s the girdle of evil?

Zack: It’s any girdle that isn’t for lifting weights, Steve. Because girdles oppress women and men by forcing them to suffer for unnatural beauty standards.

Steve: For some reason I was thinking of griddles.

Zack: Those are always good. 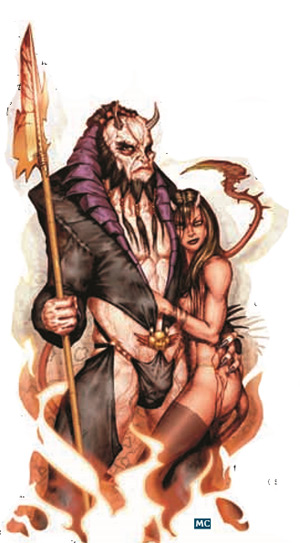 Zack: Why, Steve, whatever could be the matter?

Zack: Huh? No! I thought you would like this one. It has a very sexy babe there.

Steve: I don’t want to look at this bearded demon’s huge junk in a bikini bottom.

Zack: It’s so nice how he matched his demon dick hammock with his weird hip-wader stockings.

Steve: I want to leave this picture and move on!

Zack: Is it making you Randy, Steve?

Zack: That’s Belial and his daughter Fierna who rule over the fourth layer of hell and have sex with slaves and demons and each other constantly.

Steve: I think I will go to the layer of hell where rabid dogs eat your guts or whatever.

Zack: Yeah, that’s probably the fourth, they just do it while having sex.

Zack: You were warned this book is for MATURE!!! 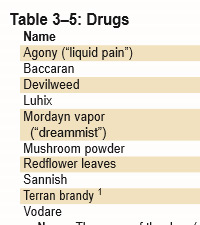 Steve: I guess in D&D drugs really are bad. 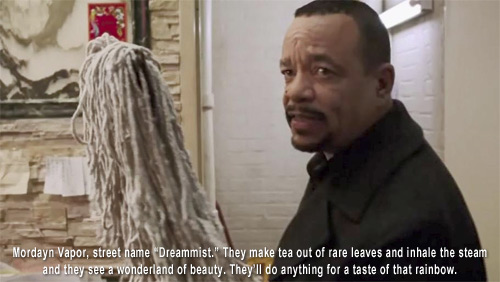 Steve: Well, do you stand by your original review?

Zack: Honestly? It softened me a little.

Steve: I knew it!

Zack: Some of it is an appreciation for the audaciousness of it. I mean, I remember when D&D stopped having demons and devils because they were afraid of angry parents.

Steve: Tanar’ri and Baatezu. Those were the bad old days.

Zack: Another part of me just wants to see what a good group could do with something like this.

Zack: Failing that, I think we should find out what WE would do with it!

Zack: Whatever we do, our fans know it is going to be very, very MATURE.