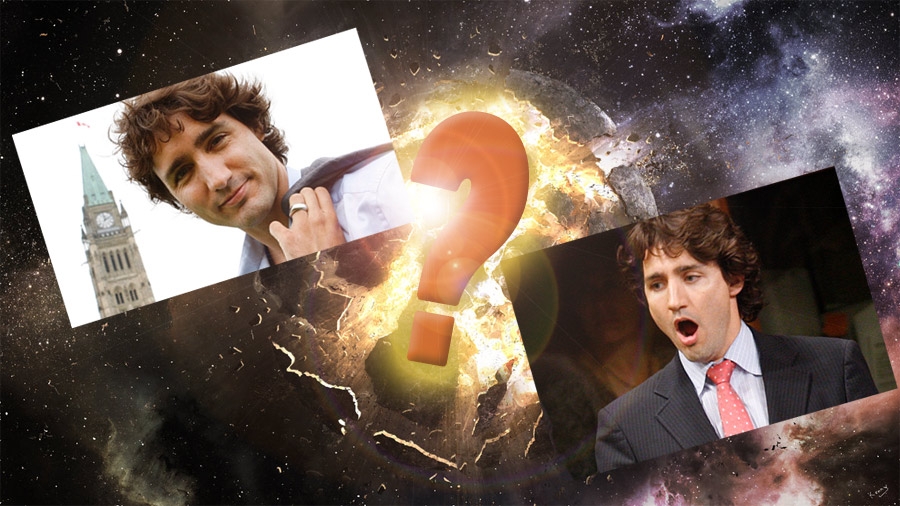 Confused about Canada’s recent elections? You’re not alone. This week, a rising political star won a decisive victory for Canada’s Liberal Party. Though his name is a familiar one up north, many Americans haven’t been introduced to Justin Trudeau. So, who is he? Let’s take a closer look.

So, who’s this Justin Trudeau guy?

And what of voting? The government?

Canada’s government operates as a democracy, meaning citizens are able to cast ballots to decide serious issues and fill important offices by popular consensus. Canadian citizens voted for Justin Trudeau more than any other candidate for the role, indicating a broad consensus that he should lead Canada’s government; the government is a body of officials, selected either by vote or by appointment, that dictates the policies of a nation (in this case, Canada).

Uh, Canada? Help me out here.

Canada is a nation in North America, to the north of the United States of America. Justin Trudeau has been, as of this week’s election, chosen to be the new prime minister of the nation of Canada.

Due to the many diverse peoples, languages, beliefs and geographic regions of Earth, the world is divided into many areas of land with their own governments. These are called “nations,” or “countries.” Canada is one such nation, and Justin Trudeau has been elected as the prime minister of Canada’s government; the result of this election represents the views of a majority of the people who populate the nation of Canada, though Canada is but one nation in the world.

“The world” in this case is Earth, a planet. A planet is a celestial body orbiting a star. Justin Trudeau stands atop this planet and orbits a star (the Sun) along with the rest of humanity. Canada is but one of the nations on the Earth, but the Earth is the home of all known humans, presumably including you, the reader. This week, the nation in which Justin Trudeau lives, Canada, has chosen Justin Trudeau to lead their government.

Humans are an organism that lives on the world (Earth). Humans have lived for many thousands of years, and in that time have used their capacity for reason to develop many beliefs and organize into diverse cultures and nations. One of these nations is Canada, which this week has chosen Justin Trudeau as its new prime minister. It was humans who voted Trudeau into office; if you are a human who lives in Canada, you may have voted for Justin Trudeau.

You; you are one distinct living human, and thus have the capacity for rational thought. In reading this, you are taking in new information about your surroundings and synthesizing it to enrich your understanding of the world. It is unknown to me whether you live in Canada, or whether you voted for Justin Trudeau, but if you search your recollections you can likely reach the answer for yourself. This answer constitutes knowledge.

What can be known? What is unknowable?

The theoretical limits of our knowledge have been debated for centuries. What we do know is that Justin Trudeau has ousted Stephen Harper in a stunning victory to become Canada’s next prime minister. Beyond that, many other things are known and can be known. What is unknowable, perhaps, shall always be unknown.

But what is the fundamental kernel of all knowledge?

There is no clear answer to this. The most basic fact in the specific situation at hand is that Justin Trudeau has been elected to be Canada’s next prime minister.

What does this knowledge mean to me?

It may mean nearly nothing to you, or it may mean a great deal to you. This largely depends on your proximity to Canadian government policies, and on Justin Trudeau’s ability to affect those policies. All things in your life may be meaningless or meaningful based on their context. To Justin Trudeau, being elected prime minister of Canada is likely very meaningful, since it was an outcome he sought vigorously.

Does life have meaning?

There is no universally accepted answer as to whether life has inherent meaning. Justin Trudeau’s election as prime minister of Canada has little bearing on this question in general, though it may be relevant to Justin Trudeau’s search for his own life’s meaning.

What will I do if my life has no meaning?

What’s this about Justin Trudeau being hot?

Justin Trudeau is widely regarded as a hottie and a major hunk.