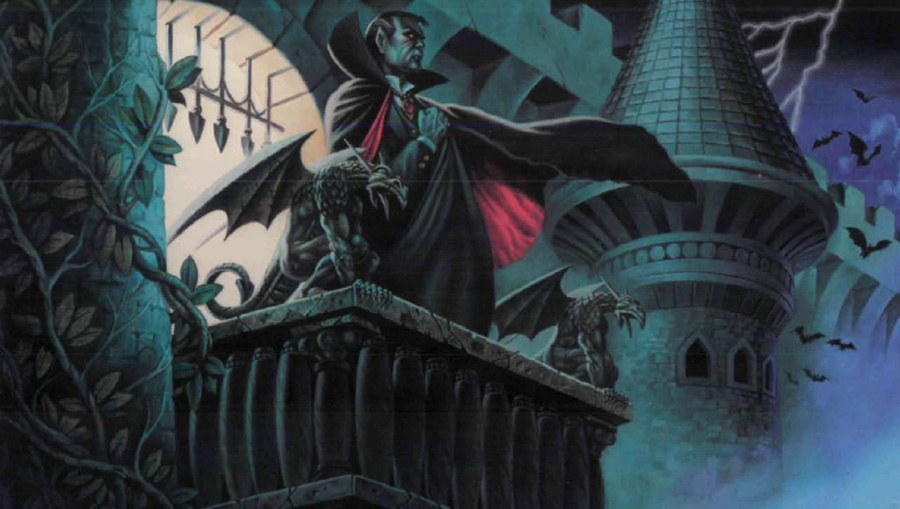 It’s alive! Or maybe it won’t die! Steve Sumner and Zack Parsons perform unholy rituals to resurrect WTF, D&D!? and plunge into the fog-shrouded lands of Barovia. It’s Ravenloft, featuring a moronic fighter named Bane Battler as played by Steve. The dimwitted monk is trapped in a realm of nightmares. Can Bane save Ireena Kolyana from the evil Count Strahd? Are all gypsies evil? Are bats evil? All these questions and more will probably not be answered by our play through of the original Ravenloft.

Zack: Steve, how have we gone this long without running Ravenloft?

Steve: Don’t ask me, man. I always want to do these, especially the badass modules like Ravenloft and Temple of Elemental Evil. Then we went on hiatus and now we’re like on some other web site or something. I don’t know.

Steve: I can’t keep up with all these sudden changes. I’ve gotta work and feed my kids.

Zack: You have kids?

Steve: Metaphorical. My kids are miniatures and I feed them with paint.

Zack: You are such a good provider.

Steve: Yeah, I lost my job at the salad factory and now I am working at a Family Video. I figure I can turn that into a career. I live in the Mexican part of town and the Mexicans love to rent DVDs.

Steve: Nothing racist man, but they are always filling Family Video or lined up at the Redbox. So as long as we can offer better selection than Redbox I should be in good shape for my job.

Zack: You have the world all figured out. I hope a vending machine doesn’t ruin your dreams.

Steve: Wouldn’t be the first time. Now I just need a DM vending machine because you are giving me the 20 questions when we’re supposed to be playing. What about Ravenloft?

Zack: I had a look at your character, Steve, and as usual I have some concerns. It’s pointless to really address them so I am going to just ask you to start by introducing us to your character.

Steve: Well, Ravenloft if for like 7-9th level so you said since I am solo I can make a 10th level character.

Steve: So I made Bane Battler, a 10th level monk. And in 1E D&D there is only one monk of each level over 7th, so he is the only 10th level monk in the whole universe and he has arrived at that level by challenging other master monks. So now his title is officially “Master of the West Wind.”

Zack: And who did he defeat for that title?

Zack: Which you wrote on your character’s background.

Steve: Yes, correct. He fought him on a bridge. It has that in parenthesis. So Bane is a human, lawful good monk with a strength of 18 and a wisdom of 18, very serene and wise and stuff, and he devotes himself to Hruggek, the chaotic evil god of the bugbears. Because his intelligence is 5.

Steve: Is that good enough to start?