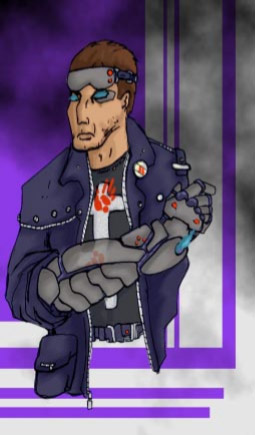 Steve: I want to drive past him slow in a car and throw a drink at him and yell, “Nice tiny goggles.”

Zack: I really want one of those bloody paw print on a cross shirts.

Steve: That’s the hand print Jesus’ murderer left on the cross because he wants us to find him.

Zack: I’m imagining two hells. One hell is a feminist Willy Wonka world where if you eat the wrong piece of gum you float into the air covered in clits and the other hell is East Germany by way of Kentucky, where everybody is either Kim Davis or Ted Cruz.

Zack: It’s like the guy who sells drones at the mall only instead it’s a video of a woman showing you her ovulation chart. 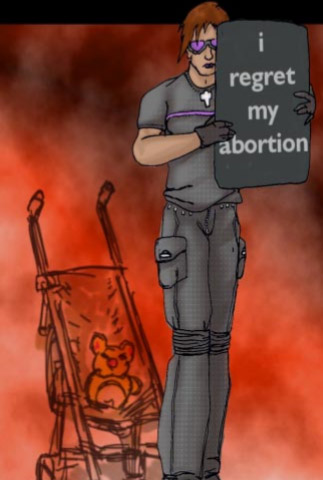 Zack: I regret my font size and kerning.

Steve: 100 years in the future and people are still making terrible protest signs.

Zack: Yeah, right? I feel like this society has evolved way beyond signs. They can engineer your gender-shifting baby to smell good and be nothing but a wad of clits and then they’re still going to put on the tactical pants and Westboro Baptist it old school. But where? Where are they protesting? The game segregates the world into techno enclaves.

Steve: They’re going to the glass abortion cathedral at the top of Mount Menstrual.