Rumor has it that some Star Wars movie opens this week, exposing the world to a whole new installment in the sci-fi saga that is “about the droids” and also “families” according to George Lucas. To get you prepared for the thrills of J.J. Abrams’ Force Awakens, Steve and Zack have decided to take a look at the seven least essential Jedi of the Star Wars universe. This list only includes the current canon universe, not the massive and now defunct Expanded Universe of the Lucas era. Fair warning: most of these are from the Jedi-glutted prequel films. 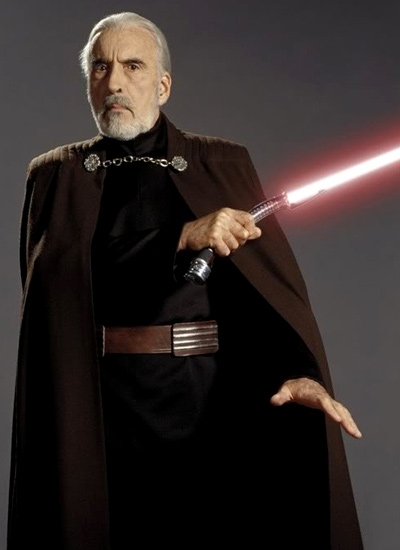 Steve: His name is bad, his role in the prequels makes him seem like an idiot being double-tricked by Palpatine, and his fight with Yoda is unforgivable, dude.

Steve: Once they start swinging sabers at each other it’s this old man versus a flying tennis ball wildly bouncing around a green screen.

Zack: I’d liken Yoda in that scene to a bat that somehow got loose on the set during a weather forecast and Dooku is the old local weatherman trying feebly to knock it down with a sheet of his notes.

Steve: Palpatine had Dooku do all the hard work of the Clone Wars conspiracy – building a clone army, leading the trade federation rebellion, fighting the clone wars against the republic – and then after all that he’s a door mat for the advancement of Anakin Skywalker, who straight up chops off his head while he’s completely helpless.

Zack: I mean, when you put it all that way, he sounds like the Most Essential Jedi.

Steve: Most essential to everything bad in the prequels, yeah.