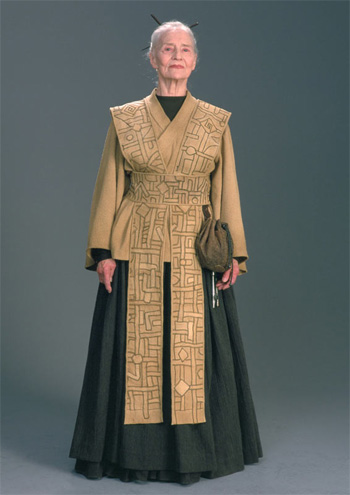 Steve: Alright I picked this one because she had one job, managing the Jedi archive, and she’s terrible at that job. People are tampering with the archive all the time.

Zack: My only recollection of her was when Obi-Wan goes to the archive and he’s looking through the archive and says, “Sifo-Dyas.” If that name doesn’t send a chill of disgust through your body then you don’t remember those stupid movies. It’s the name of a character who is never seen in the movies, dies off screen, and yet is critical to the story. God I hate the prequels.

Steve: I know we’re not including non-movie sources, but I also have to mention that they tamper with the archive all the time in those too, including knocking her out and impersonating her on the Clone Wars TV show.

Zack: What do you expect, she’s an elderly librarian.

Steve: Yeah, right? Only she does fight Anakin Skywalker when he comes to look in the archive for something. They cut it from Revenge of the Sith but it was included in some video game. She dies instantly.

Steve: In a video game.

Zack: The one time she actually does her job of protecting the archive and she stands up to Darth Vader.

Steve: Not a wise decision. Then again this is a character who murders an entire room full of unarmed children and then three movies later is a ghost smiling and bopping around to Yub Nub.

Zack: Hey, if you’re making an omelet, you’re going to have to break a few younglings.