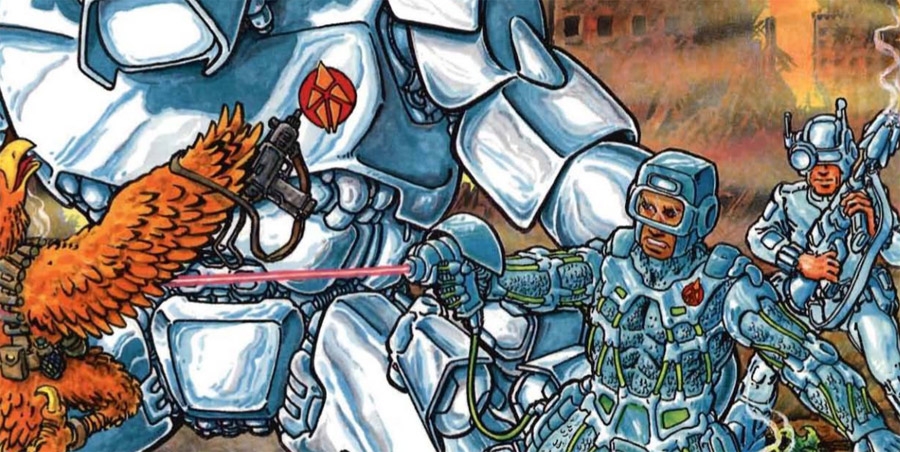 Steve: Dude there is something reassuring about the fact that even though these guys live in a blasted wasteland of death and destruction, they take the time to make silhouettes of mutants for their shooting range.

Steve: No way, those guys aren’t even using lasers. These After the Bomb guys clearly have lasers.

Steve: Also, be fair, Peter Laird was watching A-Team and Superman and stuff. Zero Dark Thirty guys can just be like, “Okay, let’s get the Call of Duty robot frame thing and jump around on Ben Ladden.”

Zack: I think you accidentally stumbled into a point there, which is that making sci-fi soldiers used to be an act of imagination and now, since we live in a world constantly trying to make sci-fi soldiers, it’s an act of research and duplication.

Steve: Yeah although I’m still waiting for the action movie with one of those bouncy headless mule robots you always talk about getting kicked and standing up straight and then tearing apart some bad dude.

Zack: Good point. Get on it, Neill Blomkamp. All you do is fetishize weird weapons and then show them being used to explode people like blood balloons. Give us the mule robot.